“Jane McAdam Freud’s exhibition features a corpus of artworks made during her residency at Harrow School, between September 2015 and July 2017. I was very impressed by these selected works. I was struck by such an amount of good art. The Spațiu Intact show is titled ‘Now’. ‘Now’ is the name of one of the works from the ‘shelter’ series. McAdam Freud describes ‘Now’ as a shelter we all need to occupy. In her interview with me in January 2018, Jane said that her most important work is: “always the one I am doing ‘Now’. Now is my favorite time. If you are really alive, you can only be in the present“.
[…]
In Harrow, the furniture and other small objects left in the studio she had inherited for two years were marked by the old traditions of art practice which recalled for Jane the Adornian theories of art autonomy in relation with culture industry. Everything in the studio became a possible work of art, even the metal wastes, the piles of rusty, the easels or the thrown away painted canvases. The relationship between the two traditional modes of art expression, sculpture and painting, was questioned by creating sculptural installations with objects related to painting.” 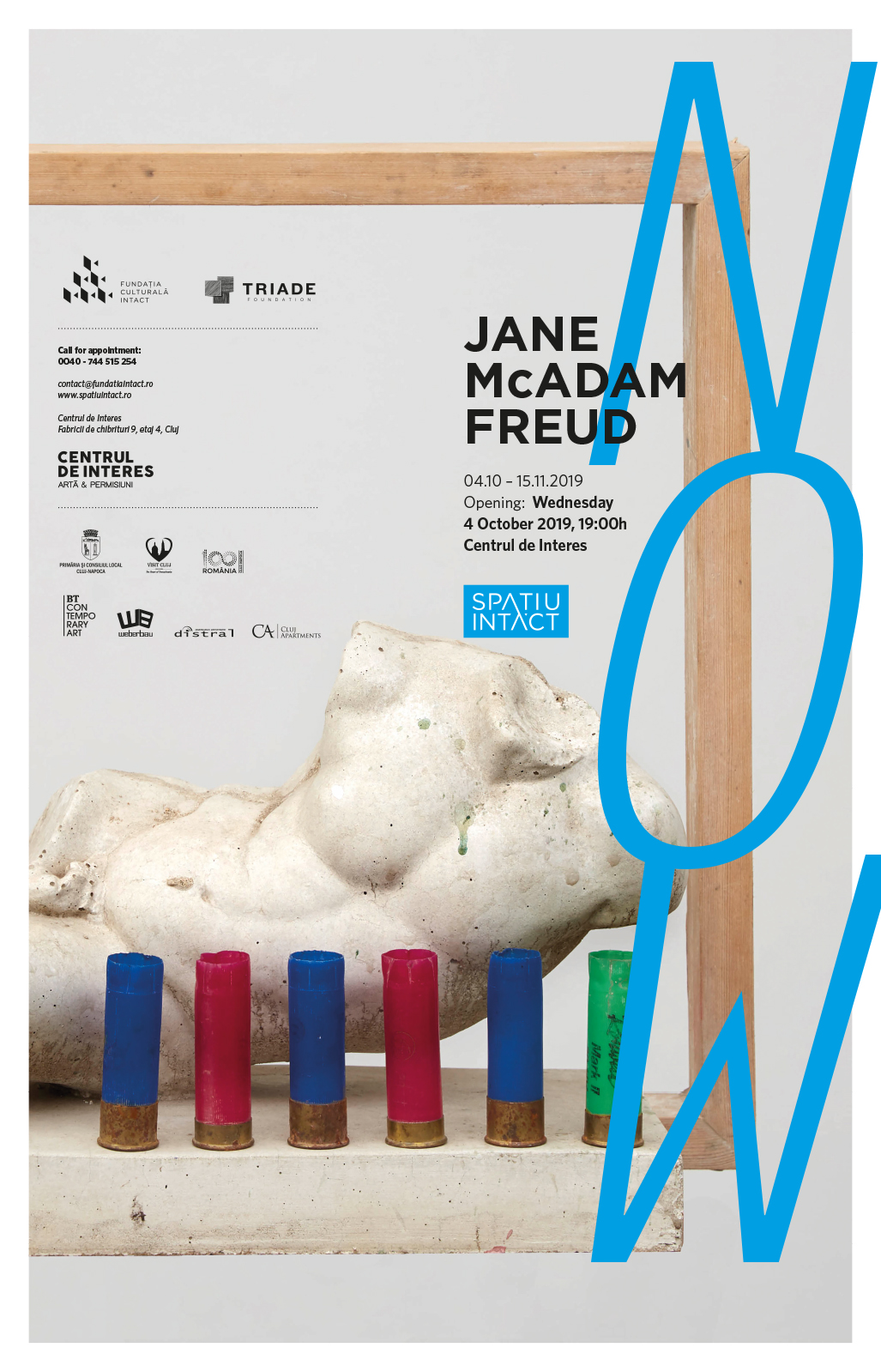